Skip to content
Give us a call
(813) 750-7470
Send us a Message
contact@anrclinicus.com
Schedule Your Free Consultation

ANR approaches opioid dependency based on the pathophysiology and neuropharmacology vis-à-vis normal brain function and examines the interaction and relationship that would normally exist prior to the neuroadaptation and alteration that has now ensued from nervous system exposure to opioids.

All individuals produce natural endorphins in their bodies. Production is mediated by a variety of factors including but not limited to external and internal stimuli, or signals such as pain, excitement, fear, anger, exertion, emotion, thought, intellectual stimulations, physical exercise, love, ect.

For the most part, the body produces an adequate amount of endorphins according to the stimuli. Once the stimuli have subsided or been extinguished, endorphin levels return to baseline levels which are often biologically “insignificant”.

Individuals who develop an opioid dependency through the use of exogenous opioids suppress natural endorphin production while simultaneously inducing the nervous system to increase the number of active endorphin/opioid receptors. With increasing use and abuse, this develops into a vicious self-perpetuating cycle. As more and more receptors are induced, the individual requires greater and greater amounts of opioids/narcotics to quench their neuro-biochemical demand. 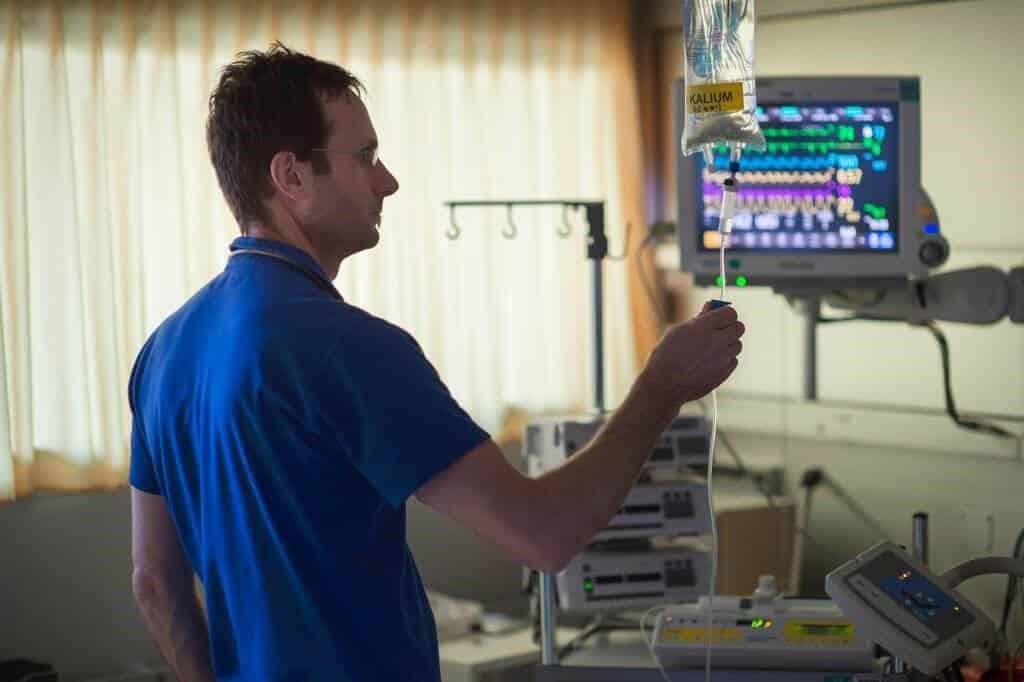 To put it another way, this is a sign that tolerance has developed. The increase in the number of endorphin/opioid receptors load is now associated with a ravenous bio-physical and neuro-chemical hunger called cravings. Unless the endorphin-receptor balance is restored to its original state the addict is doomed to a life of suffering, relapse, and dependency.

The ANR method therapeutic goal is to bring back the nervous system into balance, by modulating it to decrease receptor production and allow the body to resume proper endorphin production while also permitting the metabolizing and elimination of unnecessary exogenous opioids.

It is in achieving this cellular, neuro-chemical and endorphin-receptor re-balance that the bio-physical cravings or drug hunger are rendered obsolete and irrelevant. The ANR treatment and method is conducted under anesthesia to eliminate suffering and virtually guarantees that all patients who undergo the treatment will complete it, eliminating the chance of drop-outs (as experienced with most conventional treatment programs or rehab facilities).

During the treatment period and while under anesthesia, withdrawal is induced and the process of accelerated neuro-regulation begins. Neuro-chemical and endorphin-receptors are re-regulated and modulated to their “pre-addiction” state.

The process is monitored by the physician, an anesthesiologist using an ICU set up that displays real-time monitoring data. In addition, the anesthesiologist is continuously observing and reassessing the progress and physiological status of the patient through a physical examination with the aid of sophisticated critical care monitors.

Based on the information received from the monitors, physical examination and assessment, appropriate modifications are made for the administration of medication in order to achieve proper modulation and regulation at the endorphin-receptor level.

This process is perpetually re-evaluated to ensure the resolution of the withdrawal symptoms and abatement of the adrenergic response. Each individual patient has unique requirements depending on their medical history.

For example, an individual with a ten-year history of dependency, hypertension, COPD, and obesity will require a unique individualized treatment approach when compared to a healthy professional athlete.

The understanding and treatment of patients with complex medical conditions is additionally safer because ANR anesthesiologists and physicians are board-certified as well as the critical care medicine specialists.

He has ushered the treatment of opioid addiction into a new era. More importantly however, he has given hope to thousands and shattered the archaic conventional medical approach of replacement therapy, long-term in-house rehabilitation, and detoxification with a new gold standard of Accelerated Neuro-Regulation — ANR.