Dr. Andre Waismann was born in Brazil in 1958 and completed his medical training at Brazil’s Serra dos Órgãos University Center in 1981. Initially, he started his medical career as a surgeon and trauma specialist. Later, he added critical care management to his practice. While working in critical care he noticed that after a continuous opioid based pain management treatment, many patients developed dependency to those medications. Withdrawals from opioid medication became a challenge where patients and doctors would struggle to overcome the obstacle. 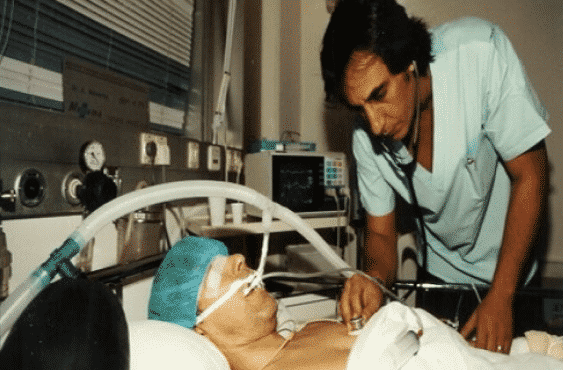 After his military service in the Israel Defense Forces, he volunteered in Israel’s Counter-Terrorism Unit as a combat physician and received the Israeli Police Medal for Distinguished Service after saving lives during battle.

Dr. Waismann became the Medical Director in charge of the Jerusalem district for the Israeli police. Along with other obligations he became responsible for the treatment of hundreds of inmates addicted to street opiate drugs.

Dr. Waismann decided to improve the level of care of those inmates. Instead of providing them with opiate substitute, like methadone, he tried to look for better alternatives. He asked for advice from several specialists in Israel and other countries.

At that time, the most rational approach he found was trying to precipitate withdrawals with opiate antagonists along with sedation to take the adverse symptoms of the withdrawal. He realized that the biological roots of opioid dependency were no different in a street heroin addict and pain patients.

Dr. Waismann decided to take this approach and develop a reliable procedure introducing modem techniques of intensive care medicine. He started discussions with senior anesthesiologists and a safe, effective, and humane treatment protocol was developed.

After a couple of years of treating patients and ceaseless developments, he abandoned the treatment and redefined its objectives and therapeutic goals of healing opiate dependency – providing treatment for opiate addiction with ANR, achieving unparalleled results. The ANR treatment became the most effective and safe way of treatment that allows patients to be free from opiate dependency and its side effects, withdrawals, and craving.

Since then ANR has helped over 24,000 patients worldwide.

One of the more notable treatment happened in 1998 when Dr. Waismann helped a 6-year-old child that became opioid-dependent after a brain tumor removal.

Ask him, and he’ll tell you -opiate addiction is a disease of the central nervous system. He’ll also tell you that it’s not a personality disorder. It’s a disease. A disease that is highly treatable. In fact, his vision for the future treatment of opiate addiction mirrors that of a dentist appointment. Where individuals would walk into their local hospital, announce that they have an opiate addiction, and would be treated right there on the spot. It’s for this reason that he has expressed no desire to patent his method, claiming that he would like everyone who is in need of this life-saving treatment to have access to it. Whether it is with him and his team, or not.

Even though that vision seems a way off, Dr. Waismann persists in his activism, and has taken his plight worldwide. From the early 1990s until today, the ANR method has spanned continents in its reach. From Italy to Australia, Indonesia to the United States, over 20 countries, and countless patients have been positively impacted, and their lives forever changed by the work of Dr. Waismann.