For decades, methadone has been the go-to treatment for opioid use disorder. Yet, there are various methadone alternatives available today that can help an addict recover and return to a life of normalcy.

The bad news is that there are many downsides to methadone. It can be difficult and time consuming to obtain, and it is not necessarily the safest or most effective option for overcoming your opioid dependency. Whatever the situation is, if it doesn’t seem like the best choice, we have put together a list of methadone alternatives you can use on your road to recovery.

Methadone was the first treatment available for treating OUD. It’s a drug that is most commonly recommended to patients who are struggling with a morphine or heroin addiction, but it can also be prescribed to relieve severe pain. It’s a synthetic analgesic whose main ingredient is methadone hydrochloride, and it’s usually man-made in a laboratory.

The characteristics of methadone are nearly the same as those of morphine. However, it does have more gradual and mild effects, which is why it is easy for physicians to control while treating an OUD. Still, not all physicians can prescribe this treatment option—it can only be obtained from a methadone clinic at this time.

This medication is also intended to be taken orally and formulated to be long-lasting.

How Does Methadone Work? 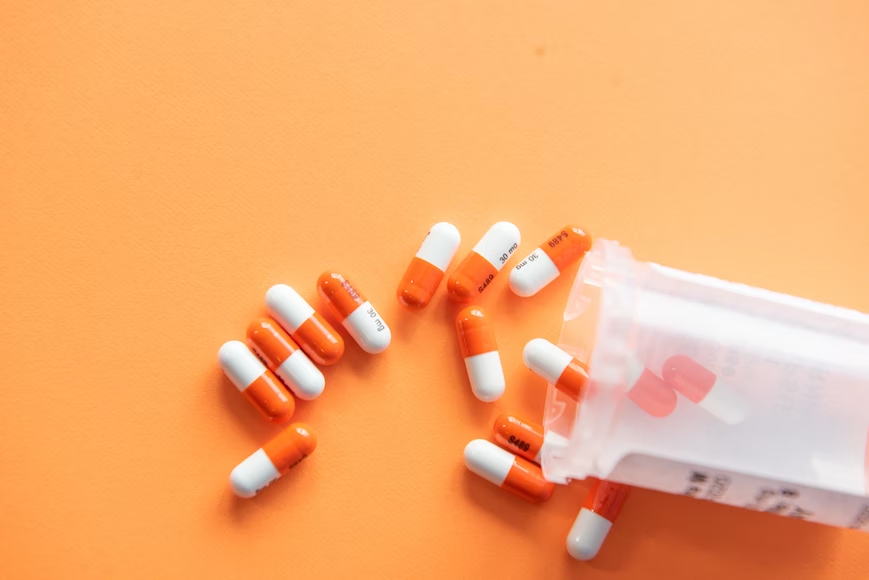 Methadone works by binding directly to the same opioid receptors that other illicit or prescription opioids affect and activating them, which satisfies the brain’s craving. In contrast to many other opioids, methadone doesn’t result in euphoric effects, but it can decrease cravings and reduce the symptoms of withdrawal.

Maybe you’re wondering—is it safe to take methadone? The answer is yes—it is safe when taken properly and carefully monitored by a medical professional. Anyone who undergoes methadone treatment must physically go to the methadone clinic every day, at least for the first few months of treatment.

Under special circumstances, some patients may get permission to take the medication at home with several limitations and restrictions. Usually, the administration of this drug will also be accompanied by counseling or behavioral therapy.

However, because it is an opioid, there is a risk factor associated with this treatment option. For this reason, most professionals see this treatment only as a temporary solution.

One of the greatest benefits of methadone treatment is that it is long-lasting. It lasts for over 24 hours and, therefore, only has to be administered once per day. It also provides structure, helping individuals who thrive with a structured daily routine cope with the recovery process more easily. It is also a much safer option than street opioids, which often contain unknown and dangerous additives like fentanyl.

Additionally, methadone can be used to manage chronic pain. This is an especially good option for anyone who wants to avoid more potent and dangerous opioid options with the same effect. Moreover, this medication is relatively cheap—there’s even an option to set the price based on the patient’s income.

The biggest and perhaps the most dangerous risk of methadone is that it is highly addictive. Because of this, it is also associated with several symptoms of withdrawal, which is why it can be very difficult to stop taking this medication.

Some research has also associated this substance with severe effects on an individual’s cognitive abilities, such as their working and verbal memory. Other negative side effects may include a decrease in attention span and reaction time.

Also, it can be difficult for people to find employment while taking methadone. This substance is often tested for on a pre-employment drug screening and can be a reason to get disqualified from the application process.

Safe Use of Methadone

Methadone can be rather dangerous if abused or used in any way other than as instructed by a healthcare professional. There are no side effects if someone chooses to use other opioids, like heroin, while also taking methadone, which significantly increases the risk of overdose. For this reason, some states no longer offer this treatment option.

Typically, a doctor will start an individual on a dose of 20–30 milligrams of methadone per day. Over time, the dose may need to be adjusted, but it never exceeds 40 milligrams per day.

Many people wonder: “Can you drink with methadone?” The best answer would be no. This combination can have dangerous effects on your cognitive abilities. Moreover, it can lead to decreased blood pressure, a weakened heart rate, difficulty breathing, and even coma in some severe cases.

Buprenorphine as a Methadone Alternative

One of the most effective methadone alternatives is buprenorphine, which is a partial opioid agonist. The medication works similarly to methadone—it binds to opioid receptors, but it doesn’t fully activate them. Thanks to it, the patient has fewer cravings and withdrawal symptoms than when using methadone. Moreover, it blocks the effects of any other opioid.

Buprenorphine is a controlled substance, and only physicians with special certifications can prescribe this medication. It can be considered safe in several different dosages, which is why this treatment can be customized to each individual’s needs.

This medication is also less likely to cause respiratory effects, such as decreased breathing rate, than methadone and other full agonist treatments.

You can find this medicine in several different forms—either by itself or in combination with naloxone. This treatment option may be right for you if you are physically dependent on opioids but can’t take methadone for any reason. On top of that, it’s also far easier to access.

Zubsolv as a Methadone Alternative

Zubsolv sublingual tablets are very similar to Suboxone, another famous OUD treatment made up of the same active ingredients (buprenorphine and naloxone). The formulation is the biggest difference between the two medications, as suboxone is offered as a sublingual film rather than a tablet.

This OUD treatment works by binding to the opioid receptors in the brain because it contains buprenorphine, which is an opioid. However, the naloxone in Zubsolv blocks any euphoric feelings typically produced by opioid substances, which helps the patient avoid withdrawal symptoms.

Thanks to its enviable bioavailability, Zubsolv doesn’t contain many active ingredients, which means it causes fewer adverse effects. Typically, this medication is administered in one single dose per day.

Lofexidine as a Methadone Alternative

Lofexidine is another methadone alternative that makes it easier for patients to manage opioid withdrawal symptoms. It is typically prescribed as a part of a recovery program, along with counseling and medical supervision. The active ingredient in this OUD treatment is lofexidine hydrochloride, which is combined with various inactive ingredients.

This medication is available in the form of an oral tablet. A patient should take it about four times a day (5–6 hours apart) to control withdrawal symptoms after the last use of any opioid drug. How long this drug should be taken will depend on the patient’s side effects and symptoms, but it should not exceed 14 days.

Some common side effects of this medication include:

In general, this medication is considered to be a safe and effective treatment for someone detoxing from opioids without suffering the negative symptoms of withdrawal.

Probuphine is a subdermal implant whose main active ingredient is buprenorphine.

This implant consists of four 1-inch implant rods that are placed on the inside of the upper arm, under a patient’s skin. This must be done by a qualified healthcare provider, and the drug is then released over the next six months.

Probuphine is a controlled substance classified as a Schedule III drug. This treatment option is typically recommended only for those who have:

One study shows that 63% of people using this OUD treatment method successfully abstained from misusing opioids. This same trial shows that 64% of people who were treated with an oral form of buprenorphine were also able to avoid relapsing on harmful opioids.

ANR Clinic uses Accelerated Neuro-Regulation to treat the root of opioid dependence. Dr. Waismann developed this technique in order to focus on the fundamental cause of dependency and treat opioid addiction with a purely medical approach.

ANR treatment is safe, effective, and humane. The 24,000+ patients who have undergone treatment so far have been able to conquer their opioid use disorder without struggling with withdrawal symptoms and cravings.

When a patient comes to ANR Clinic, they can expect to be put under sedation for about 4–6 hours. During this time, the patient is monitored by a highly experienced and knowledgeable team of medical providers including a physician and an anesthesiologist. The physician will modulate and regulate the patient’s opioid receptors to pre-addiction levels.

The entire hospital stay will last approximately 36 hours. Throughout the complete stay, the patient’s opioid receptor levels will be monitored to ensure that the treatment is as effective.

While methadone can be highly effective when it comes to fighting opioid addiction, it can also bring several risks. We hope that this article helped you choose another, more suitable alternative you can use if methadone is unsuitable for you.

Now, let’s summarize what we have learned about methadone:

Schedule a FREE consultation with one of our physicians today

DISCLAIMER: Be cautious of centers using Dr. Waismann’s name or authority to promote their treatment. Dr. Andre Waismann is only affiliated with ANR Clinic.